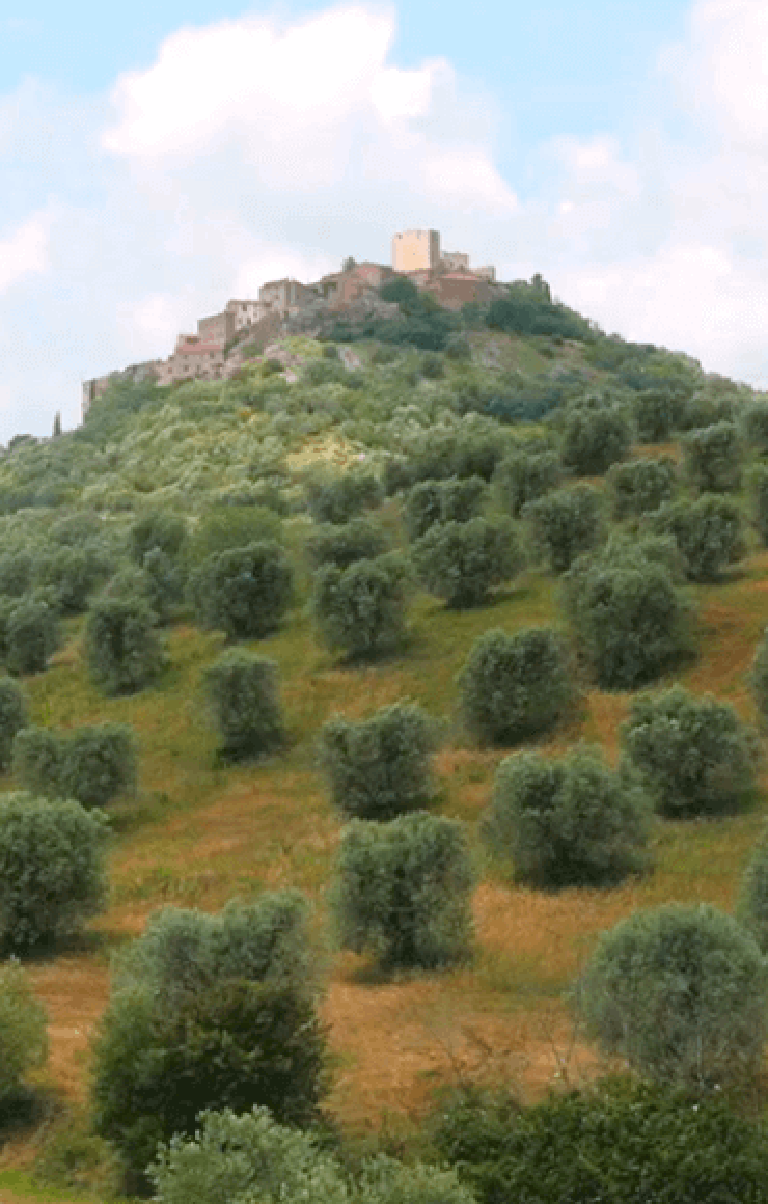 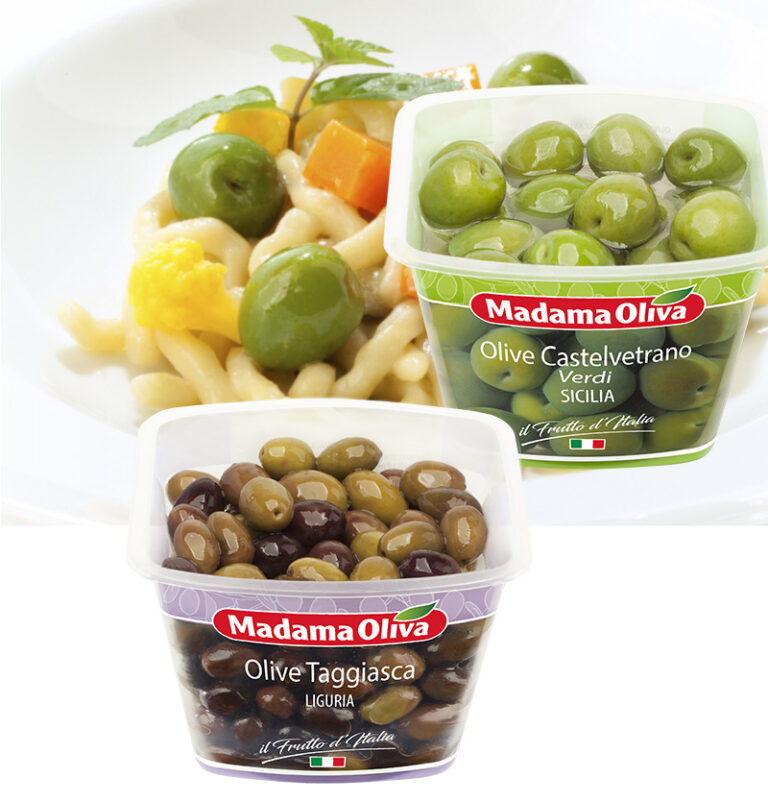 The first brand of fresh table olives in the modern Italian distribution, this line was created with the pleasure of promoting our Table olives with regional typicality.

Each fruit is distinguished by its unique and unmistakable taste, its flavour, texture and crispness. They are olives rich in scents that refer to the authentic places from which they originate.

The packages, with easy opening stay-fresh lid, allow to immediately identify the region of origin of the olives and are equipped with information on the origin and characteristics of each individual cultivar and suggestions on how to use it. 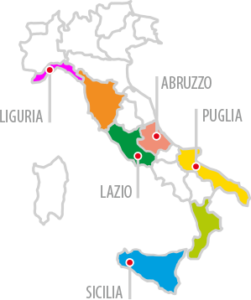 For at least two centuries, the olive tree has been an important reference point both for economic life and for the cultural traditions of the civilizations that overlook the Mediterranean basin and the West. Protagonist of various legends and myths, it was chosen in ancient traditions as a sacred plant, a symbol of peace, life, wisdom, wisdom, glory and prosperity.

The area of ​​origin is probably to be found in Asia Minor from where it then spread throughout the Mediterranean basin.

In Italy the Romans spread its cultivation from South to North, in all the occupied territories.

In the Linea Fruit of Italy the journey of flavors begins from the narrow valleys and steep slopes of western Liguria, it continues on the hills of the Lepini and Aurunci mountains, on the Abruzzo hills, it extends throughout the region of Puglia until it flows into the sunny lands of Sicily.

In Liguria we find the tasty Taggiasca olive, in Abruzzo and in central Italy the widespread Leccino, in Lazio Itrana, the olive most used as an ingredient by chefs in international cuisine, in Puglia the largest Cerignola olives in the world and in Sicily the different varieties Nocellara Etnea and Castelvetrano.

Each territory for its peculiarity and cultivar gives origin to olives that are distinguished by uniqueness, typicality, flavor and size.

In the Frutto d’Italia D.O.P. natural, green and black olives, Nocellara del Belice are born in an area between the Sicilian provinces of Palermo, Trapani and Agrigento. Located in the center of the Mediterranean, the Belice Valley enjoys a particular microclimate that determines the optimal conditions for the cultivation of these PDO olives. The Olives of Gaeta DOP are also part of this line of olives. Gaeta is in fact recognized as the main commercial reference of the production area that expands into several neighboring municipalities. The PDO denomination, acronym of the Protected Designation of Origin, is attributed to olives that possess peculiar and exclusive qualitative characteristics depending on the specific territory in which they are produced.

In the Mediterranean Fruit Line there are the large green olives of the Chalkidiki Peninsula, a Greek peninsula formed by three strips of land that stretch into the Aegean Sea, which gives life to large olives appreciated all over the world for their thick consistency. These olives are distinguished by their large size, rich and juicy pulp, high quality and flavor.

Look at the Range 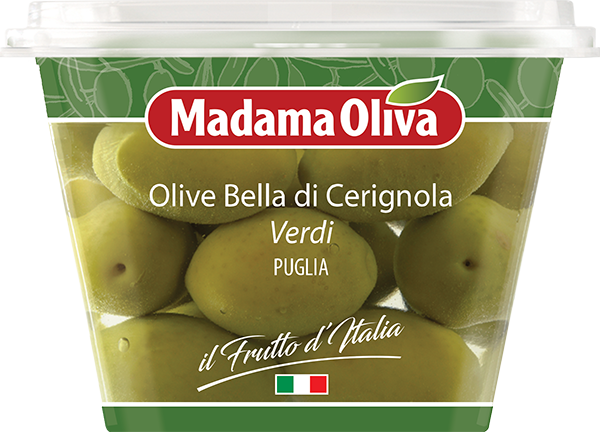 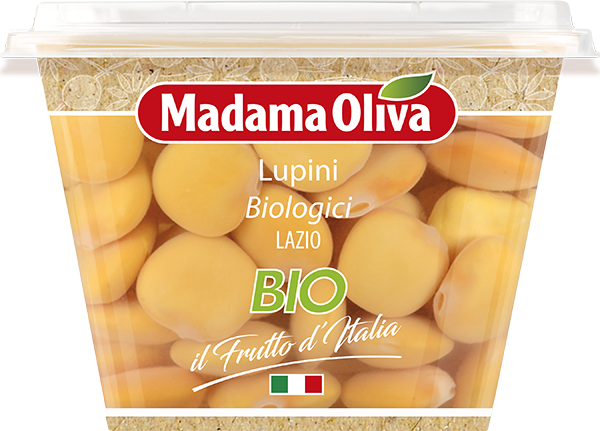 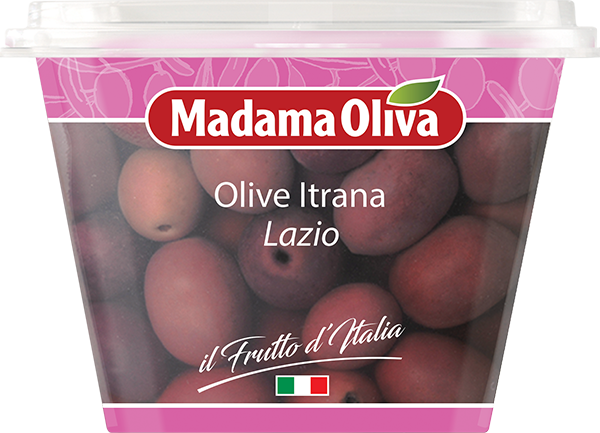 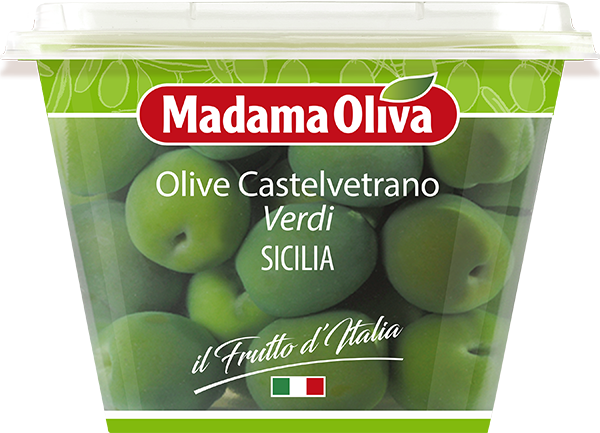 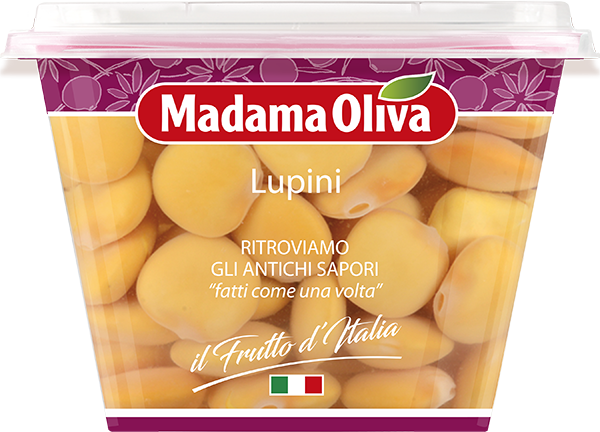 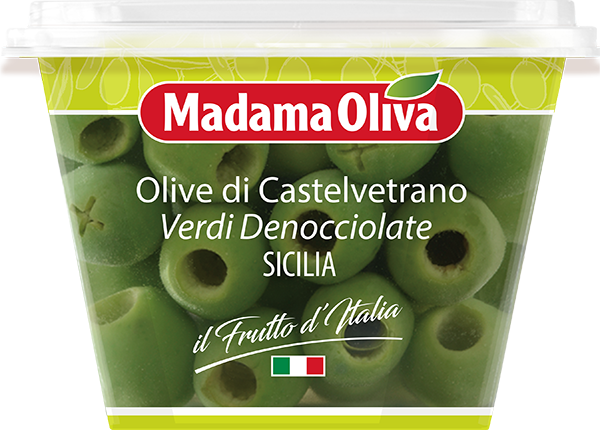 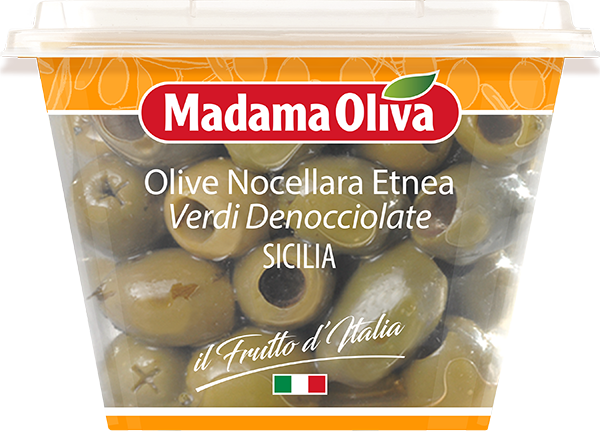 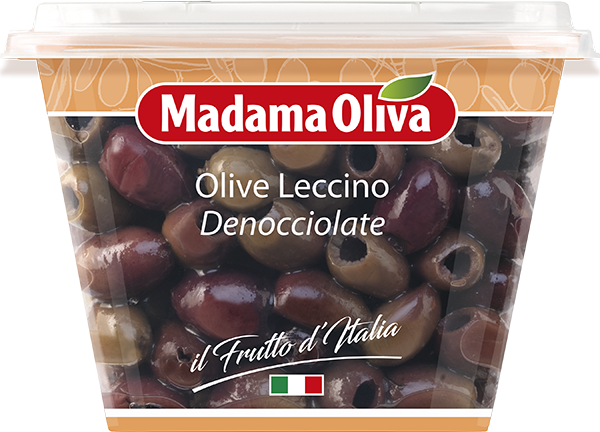 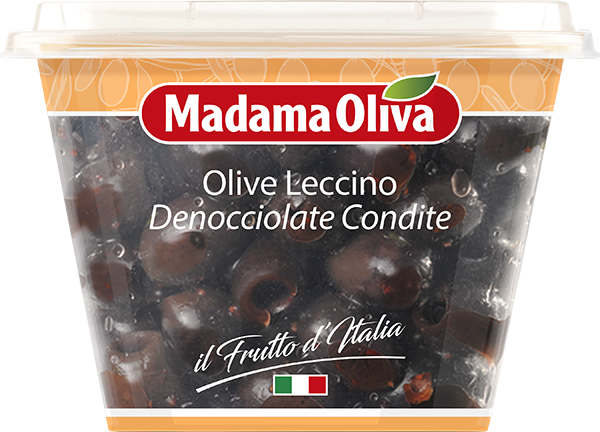 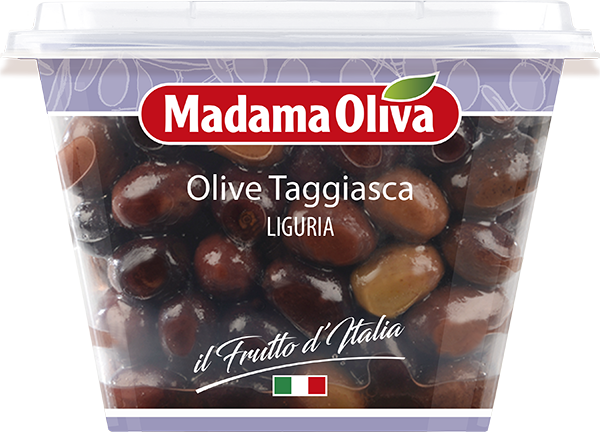 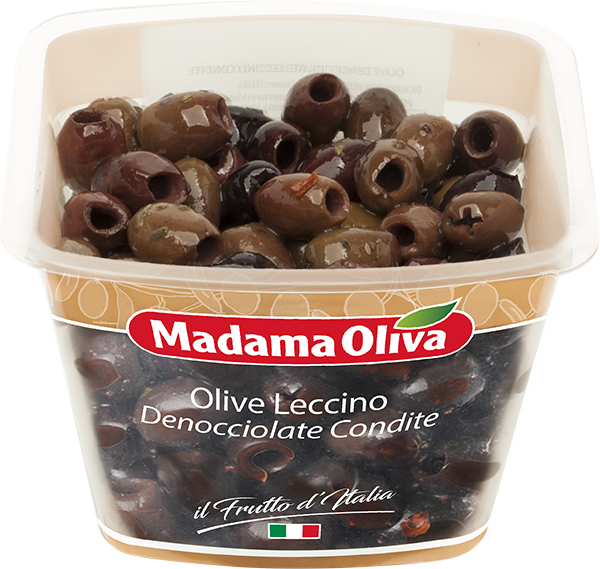 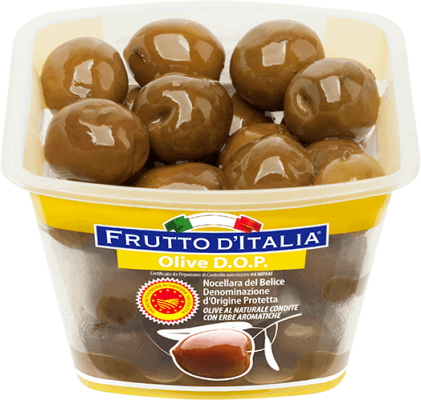 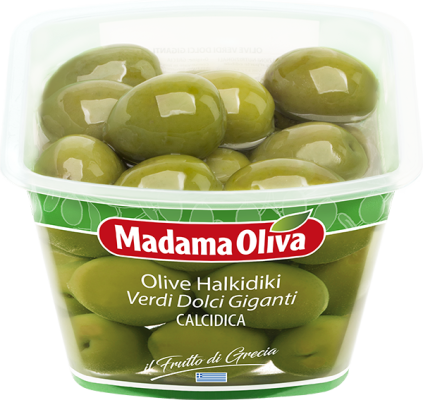